The Trump administration has officially revoked tariff exemption for bifacial modules after determining that “the bifacial solar panel exclusion is undermining the objectives of the safeguard measure.” The policy change will take effect on May 18, 2020.

Over the past few months, bifacial modules have gained, lost, and regained exclusions from tariffs. The uncertainty over bifacial modules is eliminated upon the publication of the notice by the Office of the United States Trade Representatives (USTR) on April 17. 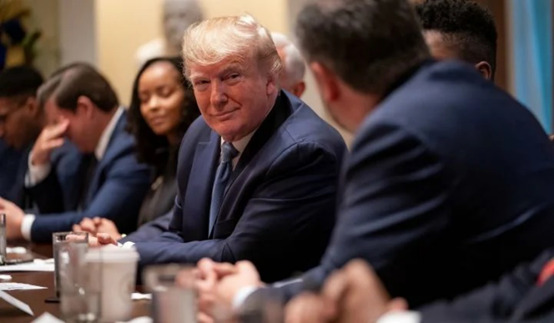 The Trump administration has determined that bifacial exemption undermines the domestic industry.

Bifacial modules were first granted an exemption to Section 201 tariffs in June 2019. The exclusion has ignited debate within the U.S. solar industry. Firms that built facilities following the introduction of the Section 201 tariffs—such as Hanwha Q Cells—and a petitioner of the tariffs, Suniva, opposed the exclusion, arguing increased imports of bifacial modules would harm the U.S. industry, given that the vast majority of such modules are produced outside of the U.S.

Before the U.S. government revoked the bifacial exclusion last October, developer Invenergy Renewables filed a complaint alleging that the USTR failed to provide notice and comment procedures before withdrawing the exclusion. The U.S. Court of International Trade issued a restraining order in December to reinstate the bifacial exemption.

The Solar Energy Industries Association (SEIA) believes that the exclusion is vitally important to budding technologies. The association had been lobbying the Trump administration in support of the bifacial exclusion over the course.

In January, the Trump administration established procedures and opened a public docket to seek comments on the withdrawal of the exclusion. The USTR also requested the Court to lift its injunction.

The comments provided in response to the January 2020 notice indicates that the exclusion holds back the domestic production of bifacial solar panels. Since the Section 201 tariffs were imposed, foreign companies have established five module manufacturing facilities in the U.S., with a total capacity of 3 GW. But none of them produces bifacial modules on a large scale.

Two days after the notice was published, the SEIA said it would continue to pursue litigation related to the exclusion and, if that means additional legal challenges, the fight over the exclusion would last until the tariffs expire in 2022.

In February, the U.S. International Trade Commission submitted a midterm review of the tariffs’ impact to President Trump.

Bifacial modules hold a small share of projects in the U.S. thus far, but they are fast becoming the norm for developers. British developer Lightsource BP, for example, has used bifacials in all of its projects since the middle of 2019. HIS Markit predicts that bifacials will occupy one-third of the global module production by 2022.

Bifacials then expanded to Brazil and Mexico, two major Latin American markets, in the second half of the year. With the U.S. government excluding bifacial modules from the Section 201 tariffs, the U.S. became a key bifacial market in the fourth quarter.

However, the COVID-19 pandemic took the Middle East, Latin America, and Egypt by storm. Brazil has been hit particularly hard. As the epicenter of the COVID-19 outbreak in South America, Brazil has put A-4 and A-6 auctions on hold for an indefinite period. In the Middle East, large-scale PV projects have been delayed due to impacts of COVID-19. This means that projected global new PV capacity additions coming from bifacial projects may be lowered again