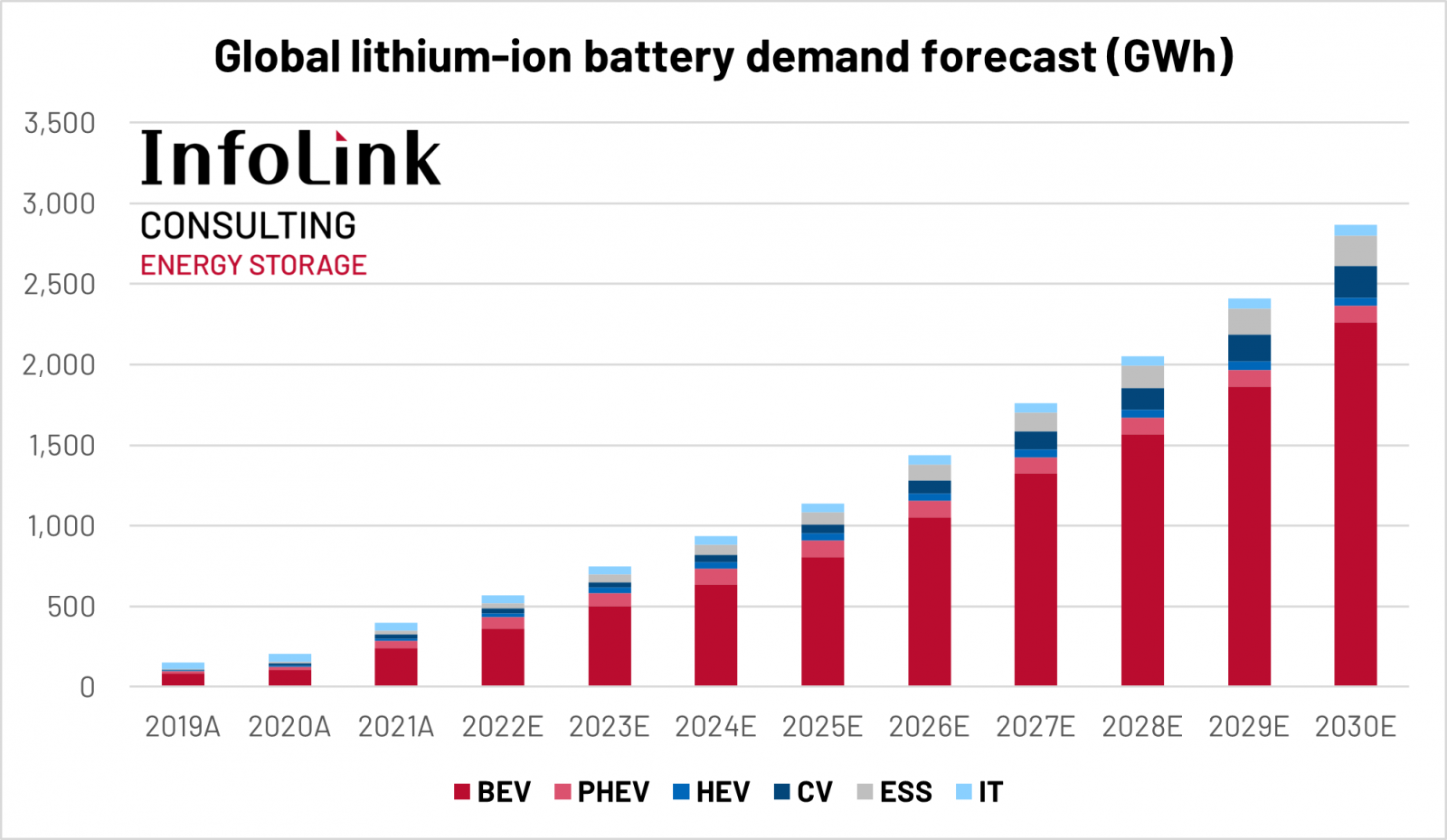 Based on the status quo, InfoLink projects that demand for Li-ion battery will exceed 500 GWh this year, nearing 750 GWh by 2023, and reaching 2,900 GWh by 2030, translating to over 20% of compound annual growth rate. Of which, the EV industry contributes 90% of the demand.  Therefore, most cell manufacturers seek to secure supply deal with EV makers, for this will give them advantage in terms of economies of scale and consolidate their stance in the li-ion battery supply chain, given the longer accreditation cycle of the automotive industry is a haven for investors. 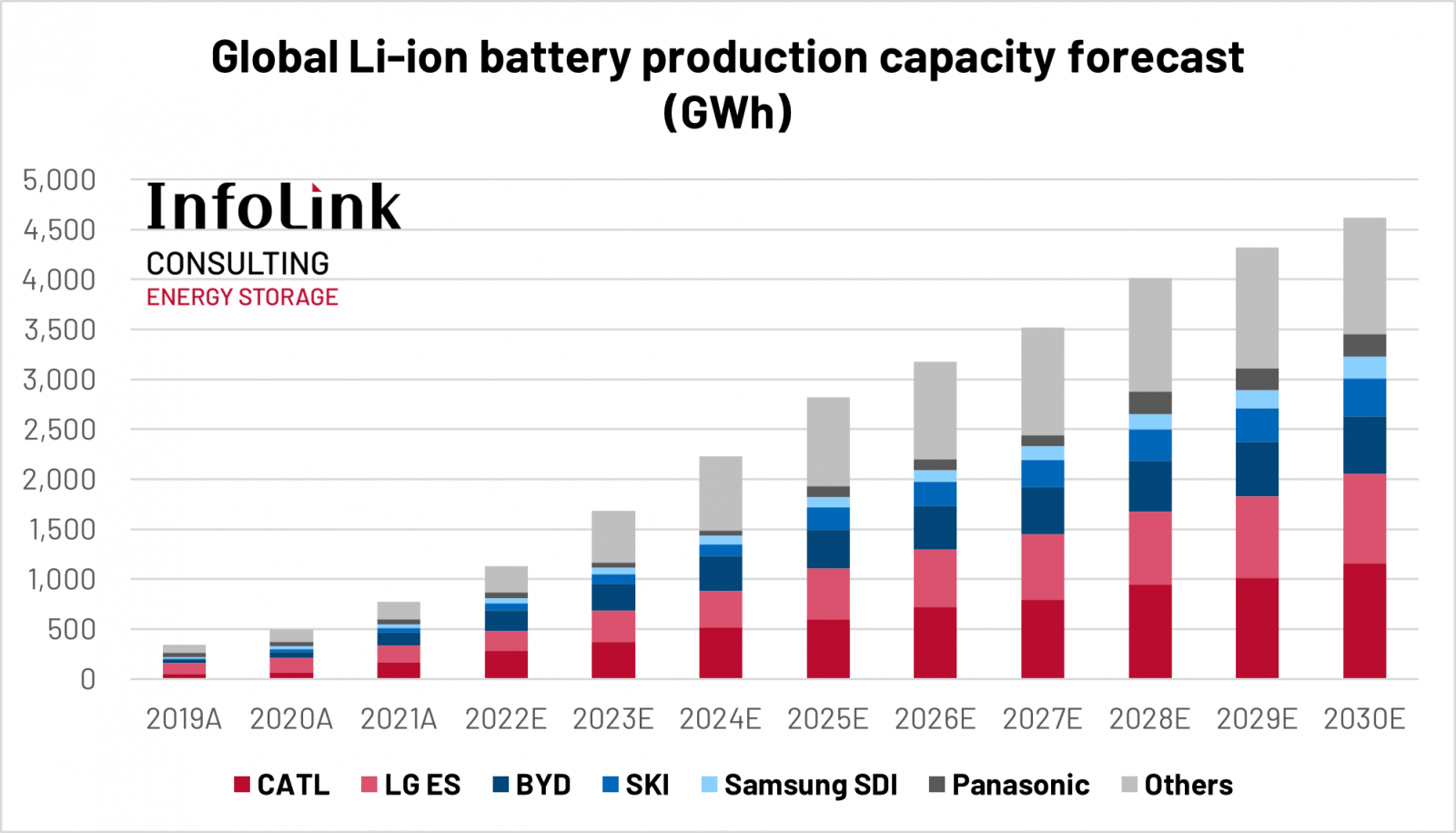 As cell manufacturers splurge on capacity expansions, InfoLink expects CATL, LG Energy Solution (LGES), and BYD to accumulate 373 GWh, 310 GWh, and 275 GWh of production capacity by 2023, respectively. Meantime, the world will host over 1,500 GWh of cell production capacity. By the second half of 2023, supply and demand of Li-ion battery may reach equilibrium.

LGES has partnered with its parent company LG Chem to obtain metal raw materials since 2020. In 2021, LGES entered a binding agreement with POSCO and Queensland Pacific Metals for equity investment. In addition, LGES has signed a long-term deal with Australian Mines for mixed nickel-cobalt hydroxide supply.

Taiwan has only commissioned a meager 10-20 GWh of annual production volume in recent years, which is even lower than the monthly production volume of CATL. International cell makers have long been in the capital wars of economies of scale in the mainstream cell applied market. Lacking of cell manufacturing experiences, the price-performance ratio of Taiwanese makers is no match for that of world-leading manufacturers. Still, whether this suggests no chance at all for Taiwanese makers requires more in-depth discussions.

For example, Tier-1 manufacturers are not likely to modify production lines or produce special spec products for medium and small volumes of orders; this gives opportunity to Taiwanese manufacturers to gain a spot, for small-sized manufacturers can readily adjust their technique or materials to match demand. E-One Moli Energy, subsidiary of Taiwan Cement, taps into markets of electric race cars and electric flying vehicles with its ultra-high voltage NCM battery. Businesses with cell demand from in-house downstream sectors, such as Hon Hai’s e-bus and Formosa Plastics’s ESS, can leverage cooperate sources to establish a comprehensive supply chain from upstream materials, cells, packs, to end user application.

Therefore, despite fierce competition among cell manufacturers, applied markets of Li-ion battery advance rapidly. It is essential for mid and small-scale cell makers to find the optimal applied market, in accordance with their manufacturing capability.