According to the supply-demand database of InfoLink, Longi secured its leading position in the first half of the year, after attaining top spot last year. Trina, having actively developed overseas markets and saw brilliant performance in shipments, came in second. JA Solar, with steady growths, came in third. Jinko, which is about to be listed in China, fell to the fourth place to secure profits, followed by Canadian Solar, Hanwha Q-Cells, Risen, First Solar, Suntech, and Astronergy. The top-10 consisted of pretty much the same manufacturers as in 2020, despite changes in rankings for 1H21. 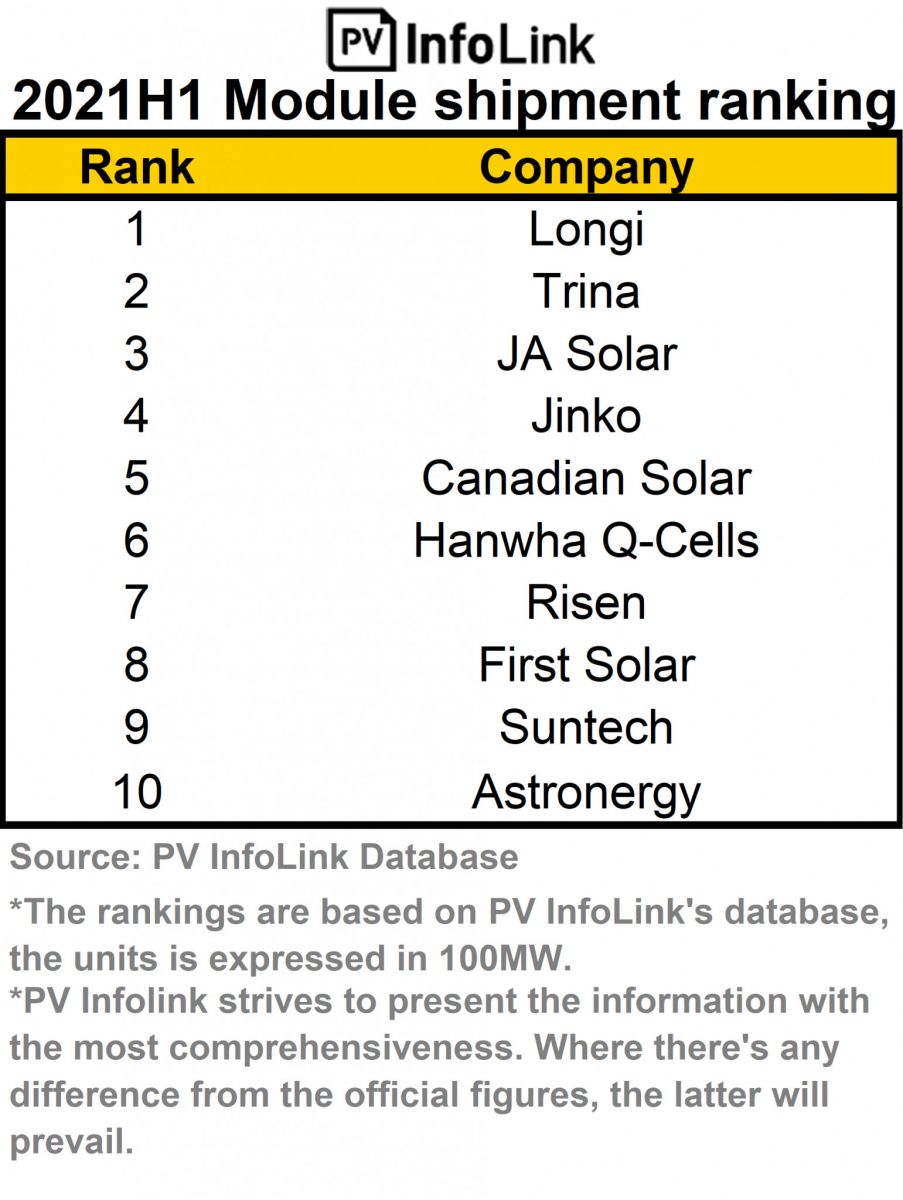 It is worth noting how vertically integrated companies, with advantages in controlling production costs, overtook Tier-2 manufacturers and gained a larger share of the market. The top 10 manufacturers saw 70.5 GW of shipment volume in the first half, accounting for far more than 70-80% as in previous years, as calculated with module demand in the first half.

In terms of formats, InfoLink found the top 10 manufacturers (excluding First Solar) saw shipment volumes of large format modules sitting at above 16 GW, accounting for 24% of their total shipment volumes.

Differentiations among manufacturers gradually intensified, as shipment growths of the top 10 manufacturers indicated. The top 3 manufacturers saw more than 80% of YoY increases in shipments, while the rest, except for First Solar and Suntech, saw only 10-30% of increases, whilst some saw decreases. First Solar, being benefited from the U.S.-China trade conflict, saw shipments to the U.S. increase. Suntech, on the other hand, saw 77% of YoY increase in the first half, owing to steady developments in Europe and India and huge production capacity expansions in Changzhou.