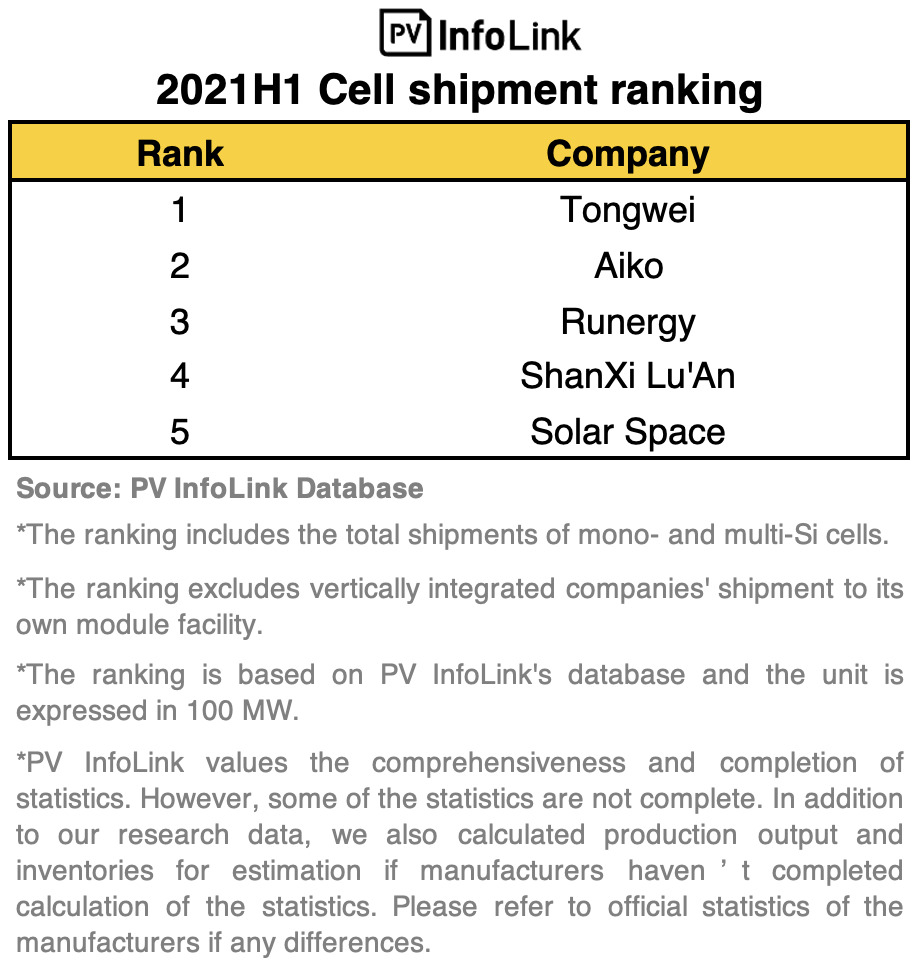 Size transitions took place faster than expected in the first half of the year. After prices for cells with different formats approaching to the same level, inventory draws for 166mm cells were evidently slow. The top 3 cell manufacturers had seen 182mm and 210mm cells accounting for around 38% of total shipment in the first half, as calculated by InfoLink.

Having been affected by market trends in the first half, some cell production expansions were postponed to the end of this year; in the meantime, older production lines for G1 and smaller formats started to be phased out. Given rapid size transitions towards 182mm and 210mm in the second half of the year, demand for 166mm cells will quickly switch to larger formats. By then, production lines upgraded from the existing 158mm ones will lose advantages in production costs, and they are expected to be eliminated in the first half of next year, when the low season lasts longer.

Production expansions went on rapidly. Despite deferred projects and retired older production lines, cell oversupply can hardly be solved this year, as PERC cells are still conservatively estimated to see 150 GW of production capacity additions. Professional cell manufacturers are faced with increasing business challenges amid consistently low profits, as vertically integrated companies strengthening in-house cell productions and thus have decreasing cell purchase volumes. Some cell manufacturers have been researching high-end products for differentiations, whilst some formed alignments with sectors in up or downstream for survivals.