Looking back at 2018 H1, the demand was low in Q1, the demand from 630 period was lower than expected, and the overall market trend took a downturn following the 531 new policies. According to InfoLink’s database, the ranking of top five cell shipments in 2018 H1 were Tongwei, Aiko, Motech, Uniex, Pingmei, a different order than the 2017 ranking. 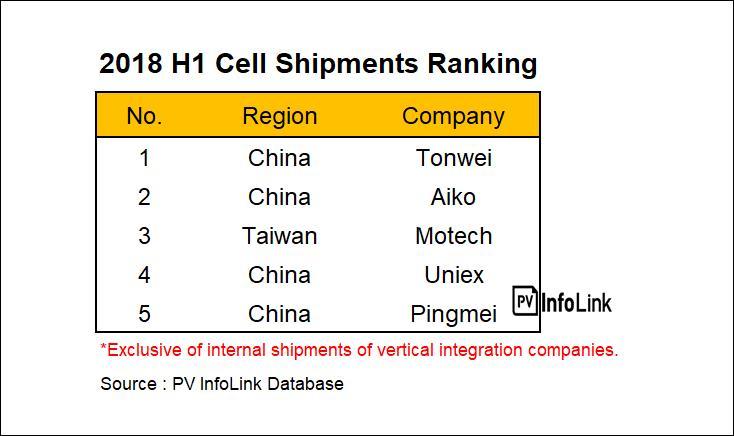 Judging from capacities, Tongwei and Aiko released their new capacities from late 2017 to early 2018; Tongwei, especially, has plans for large-scale expansions in the future. Hence, it will remain the top exporter of cells in both 2018 and 2019, closely followed by Aiko.

Taiwan cell makers have shown disadvantage in cell costs. The utilization rates of conventional multi-Si cells were generally low, hence only Motech made it to the top five. However, with the merger of NSP, Gintech, and Solartech, the new joint venture is likely to enter the top five list of cell makers.

Trade wars are still affecting the global PV market, as India has launched a 25% safeguard duty, and the trend of Europe’s MIP after September is still unclear. The restrictions of trade wars and different technology roadmap for production also lead to different strategies for cells of each manufacturer.

China’s most certain demand from July to December are the 5GW installation from the General Top Runner Program, from which the P-type mono-Si PERC module takes up at least 67% of the entire installation. A majority of the demand from the General Top Runner Program requires efficiency levels of at least 310W (60pcs), so a large amount of orders for ultra-high efficiency mono-Si PERC cells is expected in H2. Therefore, many companies with mono-Si PERC cell capacities are actively adding mono-Si PERC lines with the SE technology in order to further raise the conversion rates. 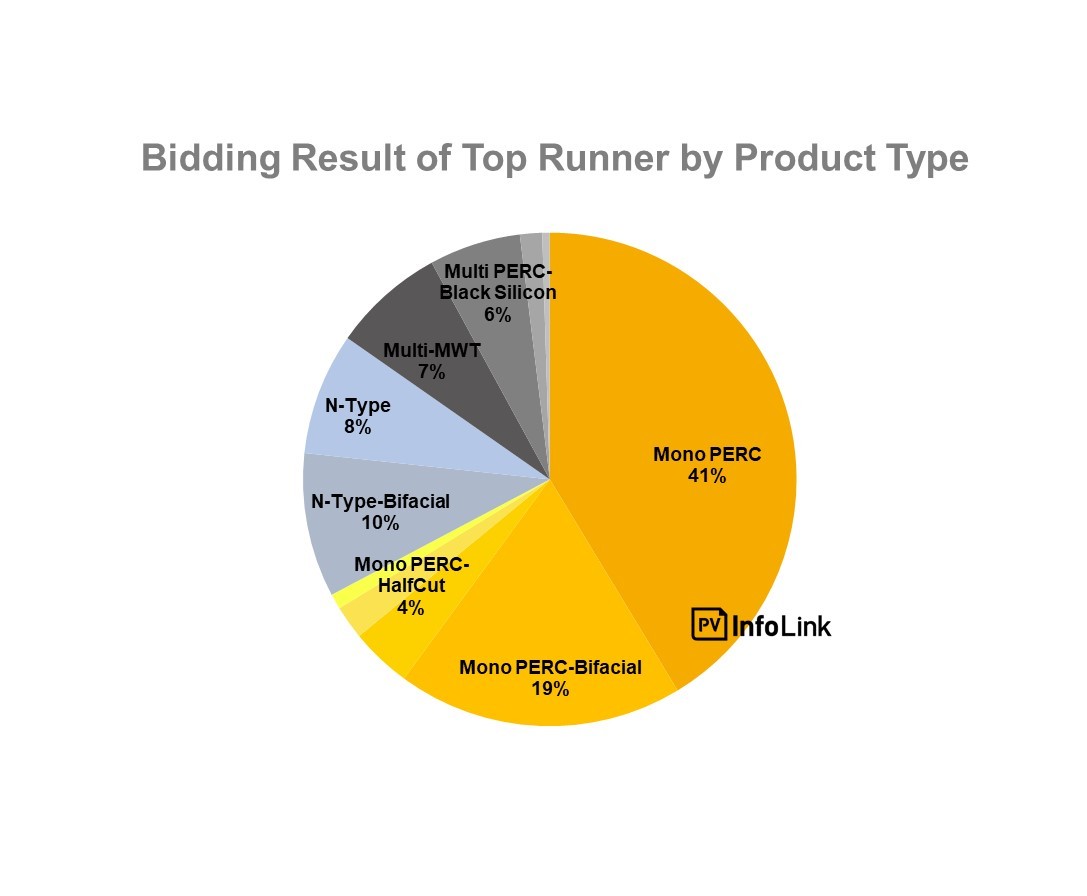 The continued rise of cell capacity in H2 and the increase of ultra-high mono-Si PERC cell productions will both affect the price of PERC cells in the mainstream efficiency levels. Therefore, the mainstream mono-Si PERC cells can further shrink in profits. How companies secure their profits and develop future plans at the same time will be another aspect worth observing in H2.