On June 20, 2021, the National Energy Administration (NEA) published a notice on the “Pilot Scheme of Province-Wide Distributed Rooftop Project.” According to the notice:

According to data from the China Photovoltaic Industry Association (CPIA), China saw 14.1 GW of installed PV capacity in the first half of the year, with the residential sector exceeding centralized PV for the first time, accounting for 42% of the total capacity.

Among the provinces, Shandong, Hebei, and Henan took the lead, holding 80% of the rooftop capacity. However, with growing adoption of rooftop solar in other provinces, shares held by the three leading provinces are gradually diminishing.

This could be partly attributed to state-owned enterprises’ superior financial channels and interest rates and partly to local governments’ hope to ensure the stability and safety of their PV power generation projects, whilst rooting for the central government’s PV policy. Additionally, most projects still operate in the grid-connected mode, and thus have higher requirements on energy storage systems. For that, state-owned enterprises provide better solar-plus-storage integration.

It appears that local governments are highly responsive by far. On September 14, the NEA published a list of pilot projects nominated by provincial offices, with 31 provinces, cities, and autonomous regions aggregately nominated 676 counties (cities or districts) to carry out pilot programs, which are all included by the central government.

Additionally, regions achieving rooftop PV capacity target set for 2023 in the notice will be selected as demonstration counties, making sure the province-wide promotion policy will underpin the vigorous growth of residential PV capacity in the Chinese market in the years to come.

The eastern region submitted the most pilot programs, corresponding with the government’s exceptionally intensive promotion for distributed PV in eastern and central China. The program also saw more and more western provinces participating. Despite active responses from all provinces, both central and local governments have not promulgated specific rules, whilst actual implementing schedules remain obscure. Presently, only Zhejiang proposed an implementing schedule as follows: 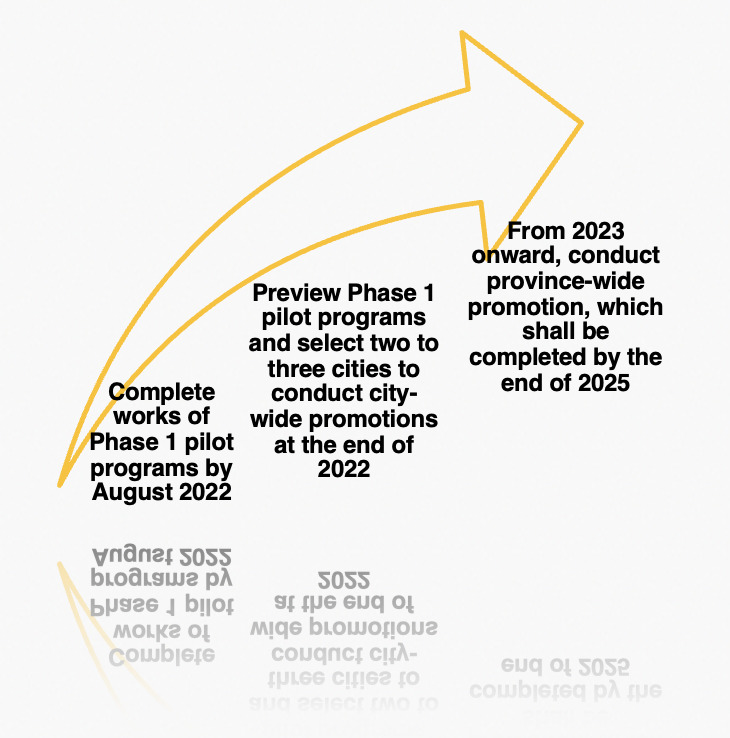 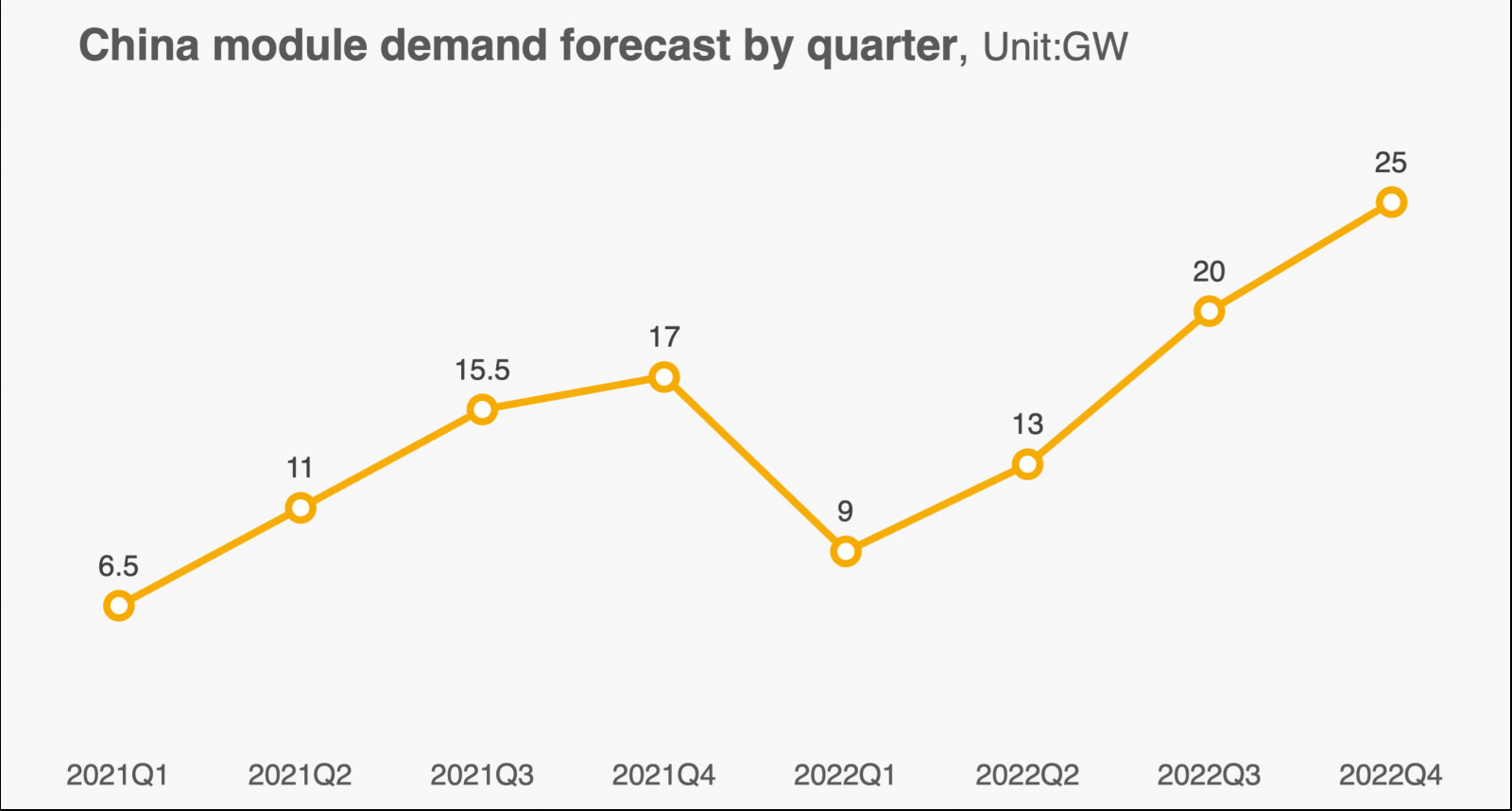 Despite seemingly excess production capacities across the supply chain, polysilicon shortage has become the capacity bottleneck of the year. The market has been in a ceaseless buying spree for polysilicon and wafers. Doubled with strong bargaining chip of upstream manufacturers during price negotiations and continual BOM price hikes of EVA, glass, and aluminum frames, modules makers were forced to raise prices.

At present, modules priced at RMB 1.8/W or beyond compress IRRs of power stations, and thus manufacturing sectors are still negotiating with the power station sector. Meanwhile, as Tier-1 vertically integrated cell makers enjoy advantages in cost management, Tier-2 manufacturers saw sluggish order volumes. In the first half of this year, top 10 largest manufacturers around the globe have together secured 90% of market share.

Presently, China is projected to see 50 GW of demand in 2021, a 12.4% increase on last year, accounting for one third of global demand. Province-wide promotion policy will not have actual contributions in demand until rules and measures are imposed at the end of the year.

Large-scale ground-mounted PV stations and the remaining residential PV projects still underpin demand in the second half, according to projection of  InfoLink. Although grid-parity projects are allowed to be put off to the end of next year, most projects are expected to begin constructions this year. As a result, Chinese demand will gradually approach to another peak in the fourth quarter of this year.

The province-wide promotion policy will further drive up residential and C&I demand in China next year, in which residential demand sees bright prospects even without subsidy from the central government.

Province-wide promotion projects will mostly employ the more commonly adopted p-type modules. N-type modules and large format modules will be widely used by residential distributed PV projects only after n-type technology reaches maturity and narrows its costs between that of p-type.

As the policy took effect, China is expected to see at least 20 GW of residential PV installation next year, with demand growing continually in the coming few years, pushing the nation closer to the goal of having renewable energy make up 20% of electricity generation by 2050. InfoLink will take heed of future changes and provide latest updates.